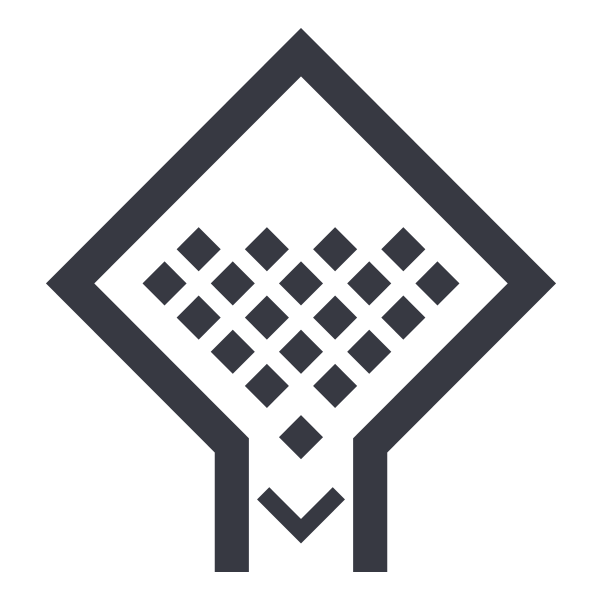 HECHT's Containment Drum Discharger with lance type CFE-L is used for contamination-free discharging of drums with inner liner up to OEB 5.
To ensure operator and product protection, the products supplied in drums are additionally packed in foils, also referred to as liners. The product must be packed in at least one liner.
Discharging drums by using a suction lance is especially suitable in case of limited space conditions or weight-controlled removal of the product.
The ergonomic handling of our drum discharger won the POWTECH Technology Award in 2016.

During a loss-in-weight procedure, the operator transports the drum on a roller track to position it directly under the glove box by means of a lifting device.
Following, the operator fastens the outer liner at the double O-Ring port using a clamping ring.
The residue of the previous liner is removed with the gloves and can temporarily be stored in the glove box. Now the drum is pressed against the gasket on the bottom of the glove box and fixed using the lifting device. The operator opens the inner liner (product liner), stabilizes it with a ring and seals it with an inflatable seal.
In order to tighten the liner and to simplify the discharging process, the area between drum and outer liner is evacuated, which prevents the liner from being sucked in by the suction lance.
No the drum is connected and the powder can be sucked out of the drum under vacuum by means of the suction lance.
The linear guiding of the suction lance supports the simple handling during the discharging process. After the drum has been emptied, the residue of the previous liner can be disposed within the drum. As soon as the outer liner is loosened, the drum is closed with the double closing technology.
The empty drum can now be removed and a new cycle can be started. 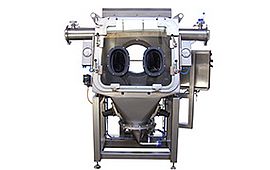 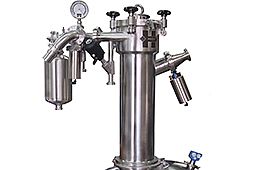 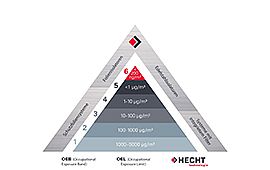